Today, ‘Messe Stuttgart’ has opened the doors for the “Start-up Summit BW 2019” for the second time. More than 350 startups and over 4000 visitors compare notes on the latest technologies and innovations – right in the middle: Sensovo. With the own stand on the ‘eco-island Heilbronn’ they also got even more prominent visit. No one less than Prime Minister Winfried Kretschmann was interested in the eco-island Heilbronn, especially for the technology of Sensovo.

After Ms. Döring (director, Chamber of Industry and Commerce) had changed a few short words with Prime Minister Kretschmann, he and Ms. Dr. Hoffmeister-Kraut (member of state parliament) met Sensovo at their stand. Uli asked Mr. Kretschmann if he likes to hiking, which he emphatically affirmed. Furthermore, Uli asked Mr. Kretschmann whether he had ever loses one’s way while hiking. He answered: “Of course I have, as some trees had hidden the direction sign for the route.” Very much looking forward to the technology that he was holding in his hands, Uli put the belt around the Prime Minister’s belly and started the device. Of course, after a successful test, Mr. Kretschmann had a few more questions about the functioning of the belt. At the end of the conversation, Mr. Kretschmann confirmed that he was definitely eligible as a new Sensovo customer 🙂 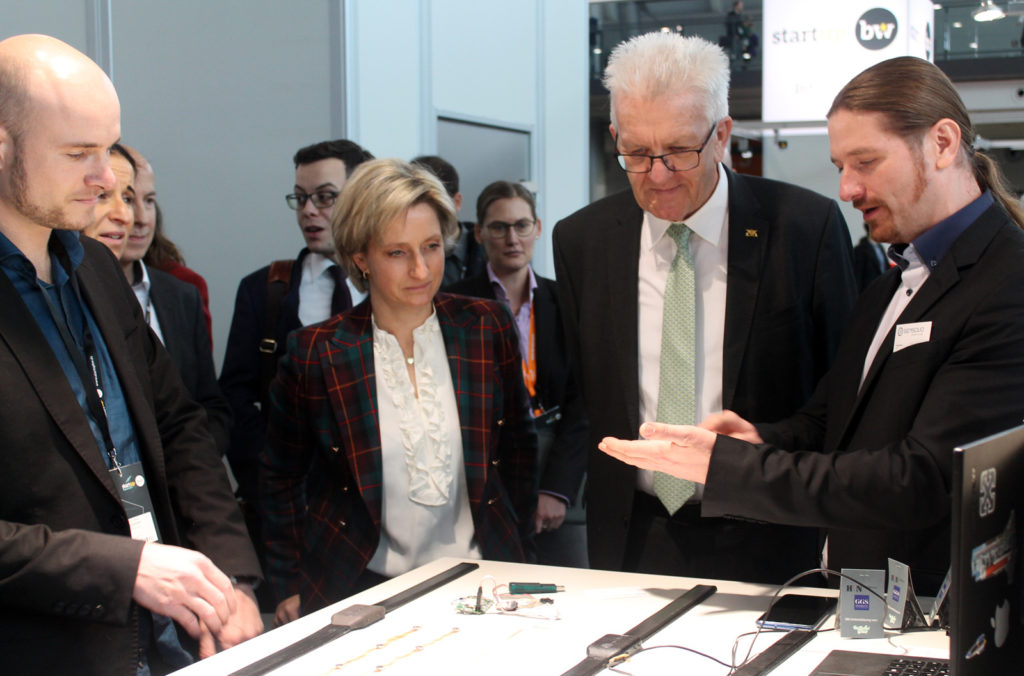